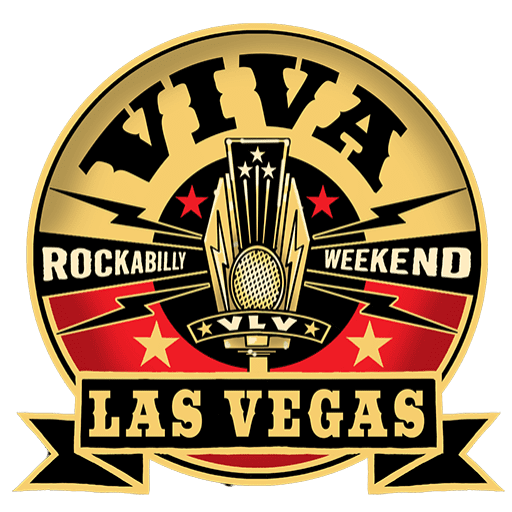 A Guy’s Perspective on Packing for VLV 21

Alright fellas, so it’s your first Viva Las Vegas Rockabilly Weekend! You’ve booked your hotel room, bought your High Roller ticket, got your flight and you downloaded the VLV schedule onto your phone. You’re either going alone because you’re single, you have no friends or your girlfriend hates Rockabilly, either way, you want to know what to pack in your suitcase. Well here’s a checklist of things you may want to bring to Viva Las Vegas to make your first experience that much better:

• Money!
First things first, many of the vendors only take cash, so if you’re looking to buy some records for your music collection or get that new jacket you’ve been wanting, bring paper money. However, you want to know your budget first, decide what you’re going to be spending most of your money on. I can already tell you that you’ll be spending most of it at the food court and/or gambling... I mean, it is Vegas after all. So save that cash!

•  T-Shirts!
Whatever your outfit is going to be, you’re going to wear T-shirts, regardless. I recommend you bring a week supply of shirts. “But I’m only going for the weekend.” Well yes, but if you’re someone who’s going to be dancing all night at the record hops or in the hot Vegas sun during the car show, you’ll probably find yourself sweating profusely and will need to change that shirt (be sure to bring deodorant while you’re at it). Now this only works if you’re staying at The Orleans, unless you don’t mind shuttling back to your hotel or carrying a backpack full of white or black T-shirts. It’s good to just have some extra shirts with you anyway, you never know. Same goes with your jeans.

•  Suit up!
For those who’ve been to Viva Las Vegas before know by now that Saturday night is when everybody dresses up. I mean, yes, everyone dresses up for the entire weekend but Saturday is when people dress to the nines. As a guy, you probably won’t be making many outfit changes so one suit is enough. If you’re not a suit guy, at least a dress shirt and vintage tie does the trick or if you’re a wannabe cowboy, bring your Western outfit. Just don’t go in with a fanny pack and Crocs with socks, unless you’re trying to be ironic. Basically, you want to be rolling in the casino looking like the guys from the movie, Swingers. You’ll get many compliments from the ladies, trust me.

•  Pomade, pomade, pomade!
This is kind of obvious, unless you’re lacking hair or going for the Mr. Clean look, you won’t need it. But you should bring a tin can of your favorite Pomade. What’s Rockabilly without slick looking hair? However, I suggest if you’re going to comb that pompadour, don’t comb it in public... You’re not Danny Zuko from Grease.

•  Fun in the Sun!
You know how hot it can get in Vegas, right? So bring that sunblock and sunglasses for both the pool party and car show. Speaking of protecting your eyes, I also highly recommend eye drops, incase that sun does get into your eyes and become red. They’ll probably be red anyway from the lack of sleep you’ll definitely be getting over the weekend. Also, throw in a Hawaiian shirt or a Cabana set so you can show it off at the pool party. And if you’re all about the vintage, there’s a Men’s Swimsuit Contest, so keep that in mind.

•  Dr. Scholl’s is your friend.
If you’re someone who wears Converse and Vans, no matter how comfortable they feel at first, they’re going to take a toll on your feet after a day of walking and dancing. Trust me, you’re not going to be doing a lot of standing around at Viva Las Vegas. Do yourself a favor and get the Dr. Scholl’s. You’ll thank yourself for it.

•  Oh no! The Viva Plague!
One last thing and this goes for everyone, but many folks have gotten incredibly sick after a weekend at Viva Las Vegas. It’s what we call “The Viva Plague”, you either get it from shaking hands or kissing strangers, touching the money you won at the Craps table and forgetting to wash your hands when you eat at Sbarro... whatever it may be, just know that Vegas is not just Sin City, it’s Germ City. So make sure to grab some Emergen-C and drink it every day before you leave your hotel room. I can’t say that it’s going to work after Viva Las Vegas, but you definitely don’t want to get sick during it. You could wear a protective mask all weekend, but that would just look weird. Most importantly, don’t drink the Vegas water. Instead, grab some bottles of water and stock ‘em in your room beforehand.

That’s about it! I’m sure there are many things that can be added to this checklist, you can probably grab them at the hotel gift shop. But these are the essentials. Now do you feel ready for Viva Las Vegas? -Keith Azoubel 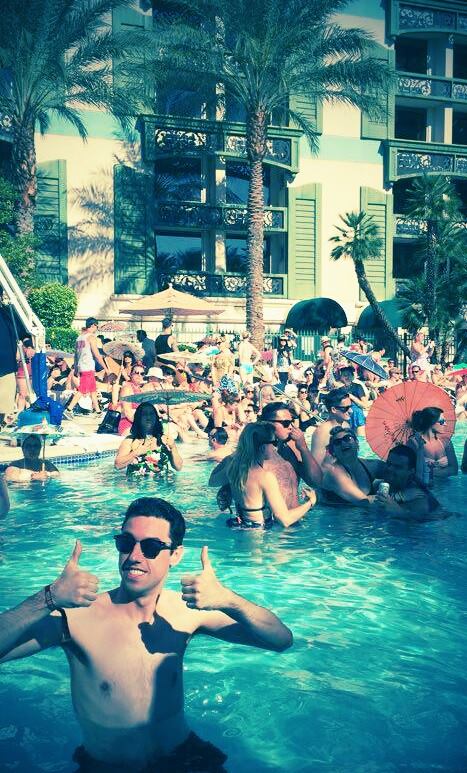